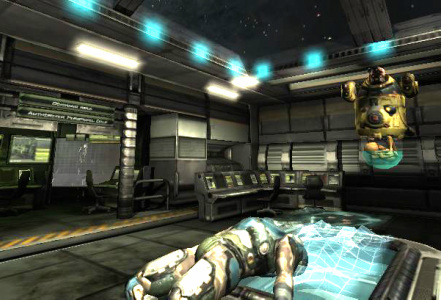 When I decided to make Operation: Silent Strike I wanted to change the traditional run and gun game play of Quake 4 into something that would require more stealth and thought.  To do this, I implemented several sets of systems through scripting that worked together to make a completely new experience to Quake 4.  Operation: Silent Strike forces the player to be as silent as possible since enemies can hear weapon fire and sentry's can see you.

The biggest challenge of this project was creating the system that listened for players weapons and balancing that system.  To do this, I split the level into many different zones that would regulate how easily an enemy heard the player, where to spawn an enemy if the player was heard, and it easily kept track of where the player was.  To balance the level, I made a number that fluctuated as the player progressed through the level based off of Dungeons & Dragons listen and spot skill checks.  Every time an enemy or group of enemies were spawned, this number when up a set amount and the number decreased depending on if no enemy had been spawned for a set period of time or if an enemy was killed.  The higher this number is, the harder it is to spawn an enemy. 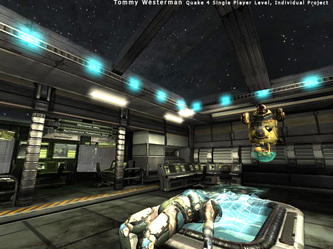 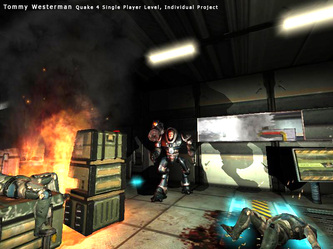 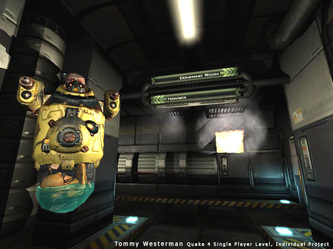 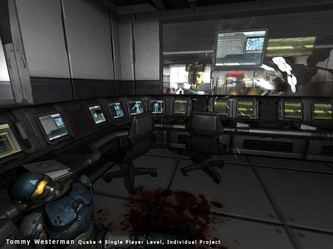 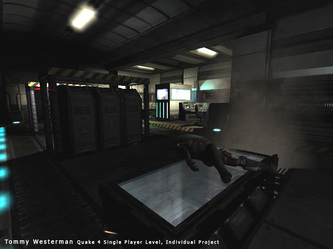 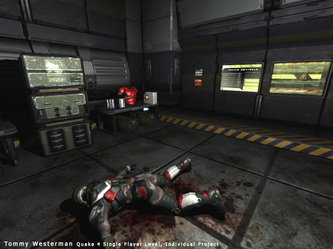 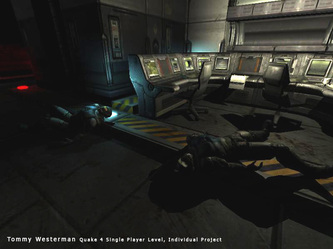 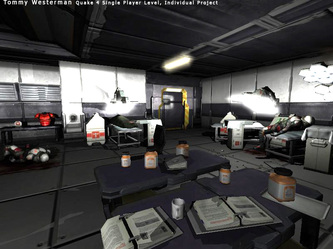