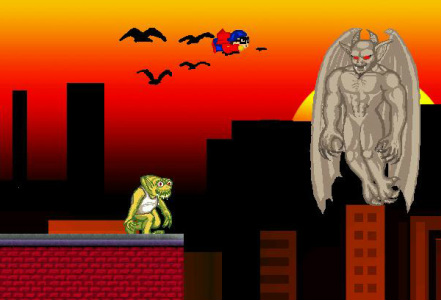 Bob the Unlikely is a 2D game demo made in the Scrolling Game Development Kit.  It is the story of the most unlikely of heroes put in the most incredible of situations.  Bob sees his favorite comic book super hero, Captain Machoman, dieing in an alley who asks him to come closer.  With his last dieing breathe, Captain Machoman tells Bob that he must take his place as the city's hero and save the city from the evil super villain, Nemesis.  The game follows Bob's wacky adventure as he travels through the city fighting evil mutant zombies and chasing Nemesis trying to save the city from terror. 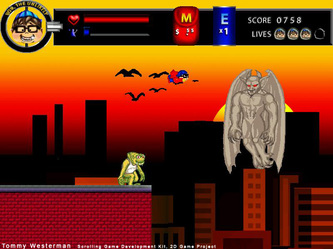 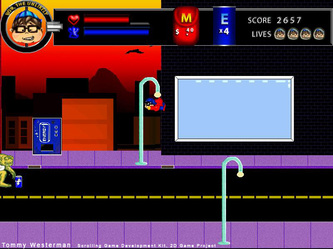 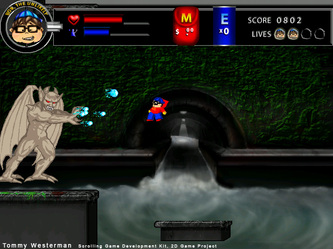 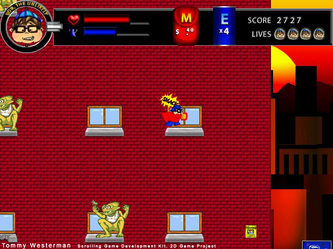