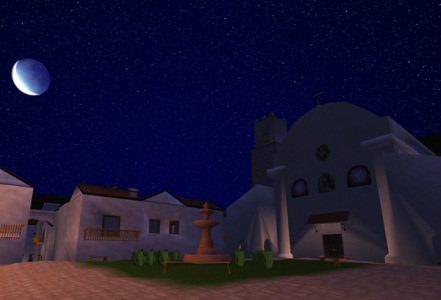 Ransacked is a "Capture the Flag" variant made entirely within Unreal Tournament 2004.  Each player can choose to be a Swashbuckler with their ranged crossbow and bottles of rum that can help teammates and hurt enemies or be the stealthy gypsy that lays powerful curses, can sink into the shadows, and do increased  damage when attacking from behind.  The goal of the game is to steal the opposing teams guild seal, much like a flag in UT2k4 capture the flag, or bags of gold for less points.

My role in Ransacked! was to help create the level Puerto Del Ron and to create and maintain documentation.  I made various models for Puerto Del Ron, scripted rats to run throughout the streets of the city, placed objects in the streets to add life to the level, and did the lighting for the level. 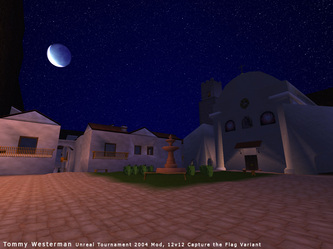 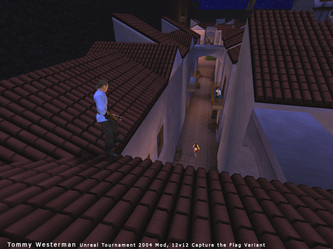 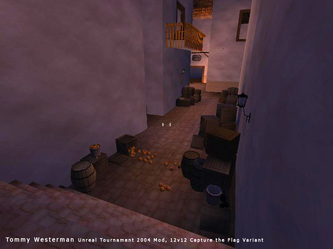 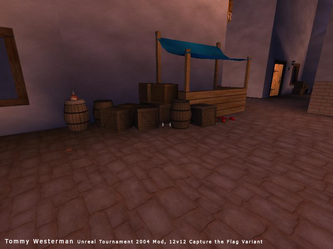